Join us for a varied programme of popular classics and songs from the shows by these well-loved and eminent musicians from Norwich, including the Poringland Singers, playing alongside The London Soprano,
Joanne McGahon.

Tickets priced from £15 are available from Eventbrite
http://www.eventbrite.co.uk/e/261231980887 or by phone (via the Door to Door website http://www.doortodoor.org.uk).

Norwich Door to Door is a Norwich-based charity that celebrates 30 years of success in 2022. Year-round, the charity provides a friendly and reliable door to door community transport service to residents of Norwich and its districts.

They offer people with limited mobility the opportunity to remain independent and involved within the community.

For those that have difficulty using other forms of transport, their accessible minibuses help people get to medical appointments, day centres, clubs, shops, lunches or to meet with friends or family.

They have a fleet of 13 minibuses equipped with tail-lifts, steps, secure anchor points for wheelchairs and scooters, as well as friendly, trained and DBS checked driver and assistants to ensure comfort and safety.

The success of the charity depends on its volunteers, sponsors and fundraising to provide the service.

Every year they organise fundraising events to support their work. This year they celebrate their 30th anniversary with a special concert at St Peter Mancroft Church, opposite the Forum in Norwich.

Tickets priced from £15 are available from Eventbrite
http://www.eventbrite.co.uk/e/261231980887 or by phone (via the Door to Door website http://www.doortodoor.org.uk).

DUKE ELLINGTON: The Best of the Sacred Concerts

Here is an article by Tony Cooper

Looking forward to hearing the Norwich Philharmonic Chorus give their first public performance for nearly 2 years with the wonderful Petite Messe Solennelle by Rossini at St Andrew’s Hall, Norwich, on Saturday 6th November.

Because of CoVid restrictions on space, the work will be performed in its original version with the choir and 4 guest soloists accompanied by two pianos and harmonium rather than the orchestra. It’s neither petite nor solemn but really very lovely. So do come and listen!

James Ehnes and Andrew Armstrong complete the cycle of Beethoven’s violin sonatas which they began last season. Among the famous works in these two concerts are the lyrical ‘Spring’ Sonata Op.24, the dramatic Sonata in C minor Op.30 No.2, and the ‘Kreutzer’ Sonata Op.47. 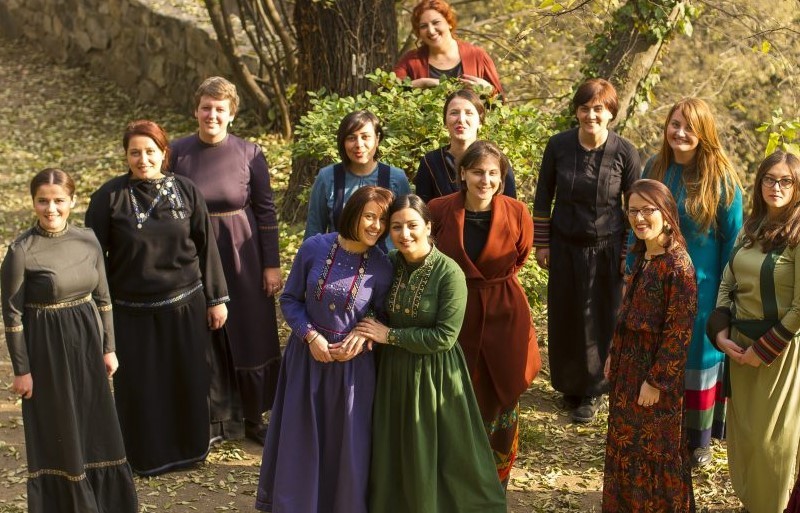 Written for harpsichord by Bach consisting of an aria and a set of 30 variations performed by international keyboard player Mahan Esfahani.

Stars of the Future

Raynham Hall near Fakenham, Norfolk has been the seat of the Townshend family for over 400 years. Raynham Recitals is a programme of chamber music held in what used to be the great hall of this Jacobean house designed and built by Sir Roger Townshend with his Master Mason William Edge. Later paved in marble by William Kent and embellished in C18th style, the Marble Hall epitomises the dual spirit of Raynham Hall. Lofty, elegant and flooded with light, it also has a clear but gentle resonance which is perfect for the intimate chamber music presented at the Raynham Recitals.

When the world’s busiest conductor, Maestro Valery Gergiev, heard that there is a soprano who works on five continents, as does he, he exclaimed with thus supreme authority that “she is the only one”. That classically-trained singer is Sivan Rotem, an Argentinian-born Israeli whose burgeoning career in opera, concerts, recitals, radio, television, cabaret, commercial recordings and master classes has taken her across the Americas via the West Indies and many continental European countries to Egypt, South Africa, China and Australia.

Described by the Salt Lake Tribune following her Brahms Requiem with the Utah Symphony as “a classy vocal talent” with “an angelic soprano voice”, Sivan Rotem is considered one of the most outstanding singers of Israel. Born in Buenos Aires, she started her musical training as a violinist. Graduating from Haifa University in English and Literature and the Rubin Academy of Music at Tel Aviv University in Singing, she continued her vocal studies in the USA with Ellen Faull.

She made her debut with Zubin Mehta and the Israel Philharmonic Orchestra, and appears regularly with all the leading orchestras of Israel. She also sang many leading roles with the Israeli Opera and in Germany, Finland and the USA.

Her flamenco quartet Classic Flamenco was invited to Madrid where it sold out at the Suma Flamenco Festival, subsequently appearing in England at the Henley Festival and in London to great acclaim.

The recital will also be given in London the previous evening, Wednesday 1 March.

This year’s January Chamber Music weekend – Sat 21 & 22 January – looks exceptional with Michael Collins & his distinguished  friends hosting a feast of music including rare performances in Norwich  of  Beethoven’s Septet (one of his most popular works in his lifetime) and Schubert’s magical Octet . Michael Collins has assembled a first class team including Alexander Sitkovetsky, Thomas Carroll, Philip Dukes & Richard Watkins – so expect great performances!

The 2017 Norfolk Young Musician Competition takes place at the John Innes Conference Centre, Colney on Sunday 15 January from 10 – 5.30. 16 young musicians of Grade 8 standard from across the county will each present a 15 minute programme of music which will be adjudicated by the world renowned harpist Danielle Perrett. Admission is free and audience are welcome to come and go between performances. The winners will be announced at 5.30pm. N&N Chamber Music sponsor the Woodwind prize – so please pop in if you are free.

Today I have been invited to a recital at Raynham Hall. I have not been there before, nor really been aware of the Hall as a concert venue but it seems that the owners of the hall, Lord and Lady Townshend are keen to use their stately home to help raise money to repair some of their works of art which are in desperate need of restoration. In particular, they are trying to raise the fund of £48,000 to restore three invaluable 17th century paintings of the children of King Charles I.

They have spent the last 5 years restoring the fine art works and decor of the hall which has been in the Townshend family since 1620. Sir Roger Townshend started the building and then in the 1720s, the 2nd Viscount Townshend commissioned William Kent  who later went on to design both Holkham and Houghton Halls which are nearby – and well-recognised as treasures of Norfolk.

Kent’s design work was ornate and included elaborate carvings and mosaics, decorated doorways and lanterns most of which are intact today.

Tonight’s concert will be held in the Marble Hall of Raynham which apparently has astonishing acoustics. It is part of a series of concerts to bring world-class musicians to perform in the house so that people can experience the atmosphere created by the works which the money will help to maintain.

I am looking forward to hearing acclaimed violinist Rachel Podger who is a leading musician in the Baroque and Classical style and Maggie Cole who is also internationally acclaimed for her virtuosity on piano, fortepiano and harpsichord.

I think this will be a rare opportunity to recreate the atmosphere of an 18th century drawing room, and will possibly signal the emergence of Raynham as a distinctive concert venue – I will report back!

The Saturday recital is nearly always the mega-star concert and September 17th is no exception as Rachel Podger is, as many of you know, a violinist of world class who performed JS Bach here 18 months ago with Maggie Cole in their first recital together. Maggie, famed not least for her recording of the Goldberg Variations, is a regular at Raynham and we are thrilled to have her here again with Rachel.